Having been engaged by an AGW fanatic recently, I thought it might be appropriate to describe how one identifies a fanatic (this applies to those who do not believe also—I guess it might describe a fanatic in general).

First, they start out either attempting to sound very reasonable or just name-calling from the get-go.  It depends on the training and nature of the fanatic.  Common angry responses are “you’re a right wing nut or “that’s how all right wing nuts believe”, and generally progress somewhere along the line to if you deny AGW you MUST be a creationist.  I have yet to engage a fanatic that did not level that “insult”.  Understand, these individuals cannot think for themselves and follow whatever their overlords tell them to follow is important.  You see this in Greta, the AGW goddess.  She has zero understanding of the theory of AGW, can’t answer questions (assuming anyone is allowed to even ask her, which is doubtful), and “feels” a certain way.  The fact that she went on a hunger strike over AGW means nothing.  Children do irrational things and in the past, adults helped guide them to the rational.  Now the irrational is encouraged by the overlords, because emotion is so much easier to control and channel than actual independent thought.  Medicine men, medicine show wagons, anti-vaxxers, natural foods fanatics all understand this and exploit it.  Those who start out sounding reasonable and agreeable will do so only until pushed to defend their position.  There may be some conjoling, but eventually, the fanatic either leaves or attacks.  They have no other position.

Another characteristic is demanding a listener agree 100% with everything the overlords preach or with the fanatic’s interpretation thereof.  One cannot deviate one bit.  This is obvious with professional climate scientists who were demonized for failing to agree that the situation was a dire as the IPCC said it was, who said mitigation would cost less than attempting to wipe out CO2 emissions, etc.  There is only black and white.  If you fail to speak the proper words or express the proper ideas, you’re a “denier”, another pejorative term used by the children of AGW.  Again, no deviation, no independent thought.  Ever.

Lack of touch with reality is a third characteristic.  The fanatic saying things like “imagine the oil rigs are 400 feet tall like the wind turbines” therefore one should understand how horrible ALL energy is is one example.  There is ZERO reality in this and never will be, but the person is hoping the listener is foolish or submissive enough to agree.  Disconnection from reality is necessary for the AGW meme to work.  There is also the “weather is not climate unless we say it is” and the sudden “you can see climate change now” based entirely on the idea that weather IS climate.  It’s a form of double-think but it’s common in fanatics.

Using virtually no science outside of “the physics prove this” is another characteristic.  When asked how the physics work, the fanatic does not know and does not care.  Said fanatic will resort to name-calling and insults or a continual repetition of “the physics prove this”.  AGW is based on the idea that one votes for scientific proof rather than actual data and science.  Since the IPCC did exactly this, it’s not surprising.  Many times explaining the physics will cause the fanatic to flee or implode.  Being a fanatic is to live in constant fear of being confronted about your beliefs and having no answer, combined with groupthink, herd mentality and  just plain laziness and unwillingness to think.

Another interesting characteristic I have found is the cultist AGW crew will read whatever they want into writing and not what is really there.  This makes them impervious to reason.  It’s also a mild form of psychosis.  (Yes, I can say that.  I have a degree.)  No matter what reality is, they deny it, which actually makes them the deniers, if we must use that word.  I prefer “hopelessly out of touch with reality” myself, as it is the most accurate.  Again, you cannot discuss with these people.  I did find that simply repeating reality may eventually reach them in a few tiny areas, but you really have to shout louder and make more of an impression to possibly drown out the fantasies of these people.  In the end, reality smacks the daylights out of them, as they sit freezing and starving in a cave because their stupidity lead to belief in the noble savage, but in the meantime, you have little chance of reaching them.  You also have to find a way to stay away from their greedy, rich, evil overlords who, like them, are too stupid to see where the greed leads, so you don’t end up in the cave with the fanatics after the most powerful overlords toss the remainder of the fawning idiots out on their now worthless heads.  I am a big fan of the idea of a hidden compound like in Atlas Shrugged—not invisible, hidden, of course.  Disquising it as a Trump red area will keep many of these people out for decades and cause massive snowflake meltdown.  It’s one useful aspect of TDS, probably the only one. 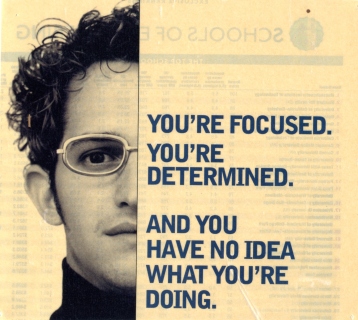 The perfect description of the fanatic

What to do with fanatics?  Needless to say, there’s not much to be done.  I will usually keep engaging them until they give up and go away.  It’s not because I think I have even a slight chance of reaching them.  It’s just what I do.  If you want to avoid the unpleasantness, walk away and try to find someone who really is interested in science rather than blind faith in a mantra.  There are AGW advocates who will engage, but sadly most seem the fanactical type.

From a recent headline, all the more reason to ignore AGW as much as possible:

Miley Cyrus refuses to have children until we fix the climate.  Who knew AGW served as birth control???  I guess it really does do everything!!!!