This post is to explain in clear language what the AGW crowd is saying.  I will start with one very common example and add more over time.

What it really means:

Today, at the Guardian, we find a book on how the science of global warming was hijacked by corporate minions. The actual translation of this is “Global warming science is very unpersuasive and cannot actually defend itself against those who point out severe flaws in the data and methodology. However, since the politicians and scientists cannot admit this, blame will be shifted to corporations, who, by the way, are apparently far smarter and more persuasive than the global warming advocates. Even the spokespeople for global warming were so poor at conveying the need for action that they failed monumentally.”

“go look it up or make the point you want to make so I can respond to that”  (After being asked by a commenter if the person knew about plate techtonics over the past 20,000 years)

This often used by true believers in AGW who don’t understand the science but don’t want to look foolish.  When asked a question they cannot answer, they simply bluster up like a rooster and try to intimidate.  What they are really saying is:

“I have no idea what you’re talking about and I can’t look up the proper answer in the warmist manual without further information.  I, left to my own devices, would never be able to answer your question.”

“The increasing gap between model expectations and observed temperatures provides further grounds for concluding that there has been a hiatus.”

August 31, 2015 from a comment in the online version of the Albany Herald:

“Willard Anthony Watts (Anthony Watts) is a blogger, weathercaster and non-scientist, paid AGW denier who runs the website wattsupwiththat.com. He does not have a university qualification and has no climate credentials other than being a radio weather announcer. His website is parodied and debunked at the website wottsupwiththat.com Watts is on the payroll of the Heartland Institute, which itself is funded by polluting industries.”

Translation: I am a warmist and a true conspiracy believer. I see conspiracies anywhere and everywhere there is a challenge to my thinking. It’s interesting to note that this comment was in response to a parody of global warming–meaning the commenter was not even bright enough to realize he is for parodies of things he disagrees with but no one can parody anything said person believes in.  Global warming is godlike and cannot be mocked.

The website wottsupwiththat.com is quite depressing, though that is not unusual among such parody websites run by warmists.  Most are reminiscent of a toddler coloring on a wall with a crayon.  His comment policy is “If your comment is not concise, rational and relevant or is redundant or repetitious it will not appear.”  This from a guy who uses only a first name and is criticizing Watts for misinformation and being boring?  Again, you have to realize that the website is not going to allow any discussion or disagreement.  Discussion and disagreement are boring, you know.  And probably a threat to one’s faith in global warming.  Truly sad to be so seeped in the faith, especially since that is completely and utterly unscientific. 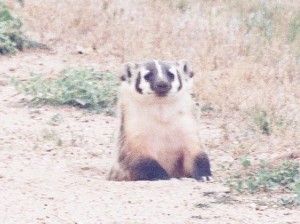