Once upon a time, there was a group of scientists who discovered what they believed to be a warming of the planet, caused by humans burning fossil fuels.  This elite group of scientists spent years studying the subject, had very advanced degrees and numerous published papers.  They were the best of the best–the supreme and infallible authorities on climate change and how humans were destroying the only planet they had.

Then came the skeptics.  Those pesky people asking uncomfortable questions about the science. How dare they????  These were Authorities–one does not question authorities.  Yet skeptics did and the skeptics refused to back down and go away.

The climate scientists supporters started simply saying that NO ONE who did not have a degree in or has worked for years in climate science and published beaucoup papers was a valid authority. This would eliminate most of the skeptics and the others would not amount to a threat.  And for a while, that seemed to work.  People knew the difference between “real science” and those pesky wannabes out there questioning climate change.

All was not well in the kingdom, however.  The skeptics kept hitting on plateauing temperatures.  The climate scientists started using words like “stalling” and assuring everyone the warming would pick up again.  Some went so far as to say nature might temporarily be overwhelming what we humans were adding, though that would not continue indefinitely.

The biggest change, however, was the newly defined “authority” or perhaps “who is okay to listen to” would be a better term.  It began with a psychologist writing a paper about conspiracy theories and skeptics (which is totally irrelevant to the science and basically name-calling) which did apparently finally get published somewhere.  This allowed into the arena “social science” in place of the “hard science” of the past.  No longer did climate change scientists care if it was getting warmer, only how to make people believe it was.  Then there was the graduate student who created a new hockey stick–in his doctoral thesis.  He was hailed as vindication for Mann.  He had no “years of experience” .  His degree was not climate science.  After that, a blogger became the new hero.  This was for his “citizen” science–an internet survey to prove 97% consensus on authorities believing in climate change.  (Is it not interesting that the 97% number remains constant over years and years and whatever the approach to measuring consensus?  Almost unheard of in the world of surveys and polling, yet there it is, over and over and over.)  This blogger that clearly indicated he “was not a scientist” (thought he does have a degree in physics).  This blogger that now is associated with a university in Australia.  His qualifications seem to be “well-known” so people recognize his name and appears to agree with everything climate change tells him.  His “research” was an internet survey.

In the last couple of years, climate science has gone from “expert with advanced degree and years of experience and peer-reviewed journals” to “any guy who agrees with us and we can use to further our cause using internet surveys or whatever it takes”.  This is good news for skeptics.  No longer can the climate change advocates claim that skeptics are not “qualified”.  Many, many skeptics have degrees in science, some write blogs.  Of course they don’t agree with the climate change science, but that is the only qualification they lack.  Since it’s science we are talking about , that agreement is actually considered “unscientific”.  After all, Darwin and Einstein didn’t poll scientists to get consensus before presenting their theories. Nor did they take consensus polls after presenting the theory.  Scientists who disagreed with Einstein were not vilified (probably not so Darwin, but that, like climate change, had more to do with science eliminating God and replacing Him with science).  Only religion forbids disagreement.  So the “agreement” qualification is moot.  Virtually everything advocates objected to in skeptics has become part of the advocate side now.  No years of experience, writing on things outside climate science if they sell your cause, and blogging as a gateway to becoming a bona fide climate science researcher.

When climate change advocates start claiming lack of experience or lack of degree disqualifies skeptics, just say “Lewandowski”, “Marcott” and “Cook”.  When the discussion of the current “pause” in warming comes up, just say “nature overwhelming manmade”.  It seems climate science has become that which they criticized.  Desperate measures for desperate times, I think. 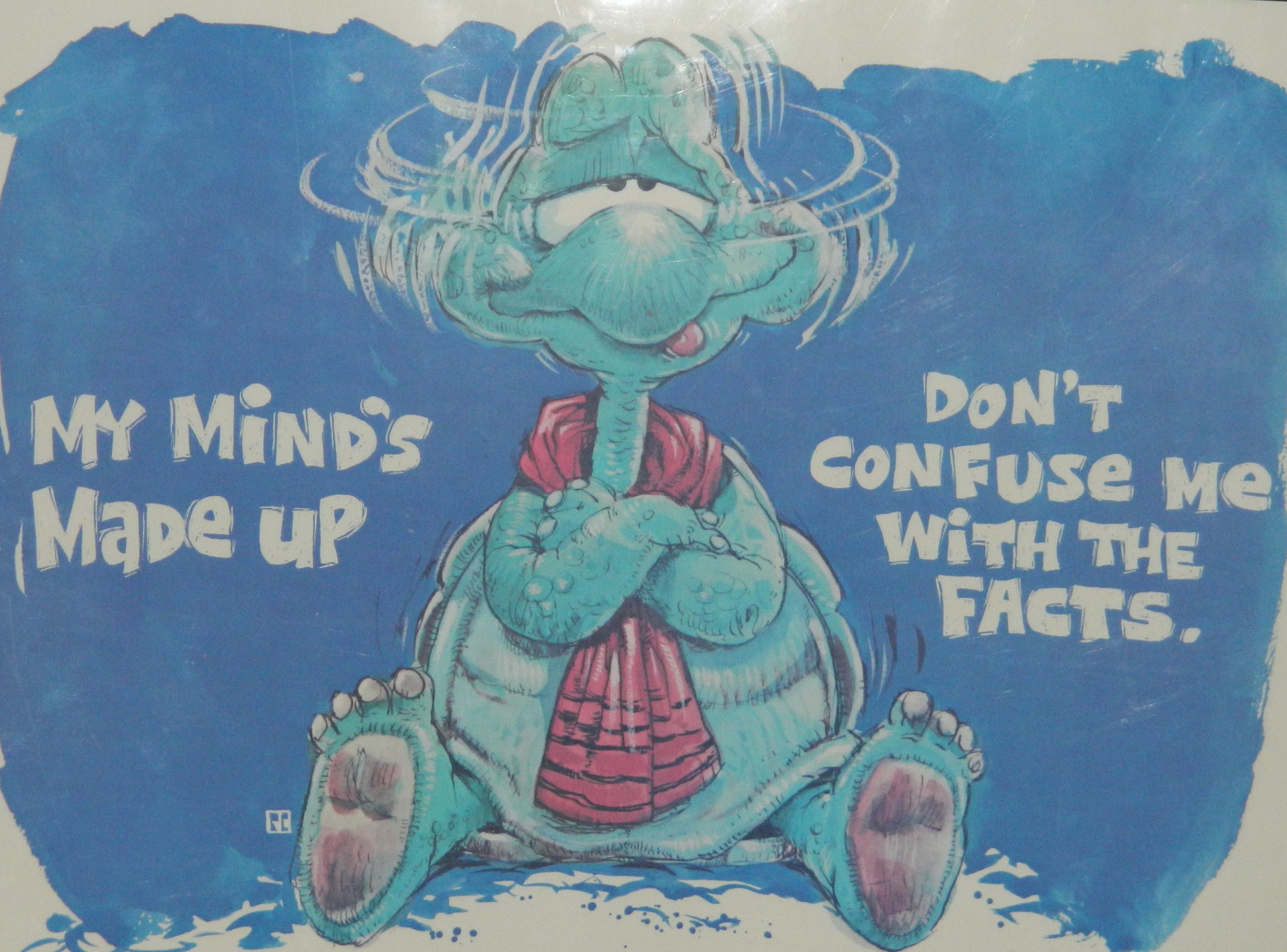